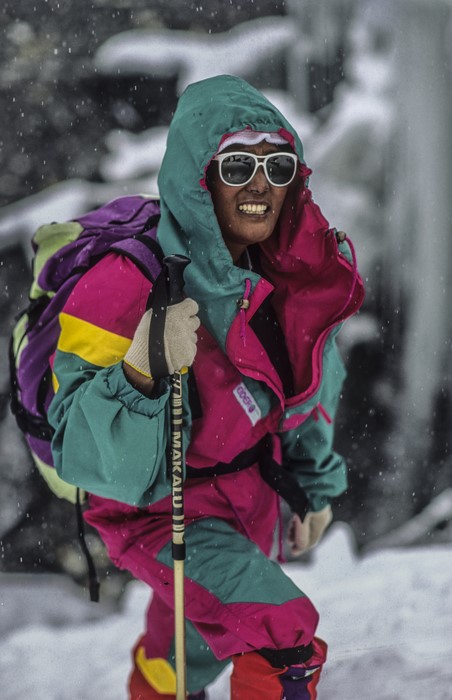 PASANG: In the Shadow of Everest chronicles Pasang Lhamu Sherpa’s tragic and inspiring journey to become the first Nepali woman to summit Everest in 1993. As an uneducated, indigenous woman and a Buddhist in a Hindu kingdom, Pasang’s dream to scale the legendary mountain pits her against family, foreign climbers, her own government, and nature itself. Her determined pursuit of Everest plays out within the context of her nation’s quest for democracy and the emergence of the commercial climbing industry. As told by the Nepalis who knew her, by some of the world’s most notable alpinists, and by Pasang herself, PASANG: The Shadow of Everest, documents her historic quest that would transfix her country and uplift a new generation’s belief in its possibilities.

“There are 2 national heroes in Nepal, my father Tenzing who summited Everest with Hillary in 1953.  And Pasang Lhamu Sherpa, who became the first Nepali woman to summit in 1993.  My father is well known – Pasang is not.  This film can bring her inspirational story to the world.”