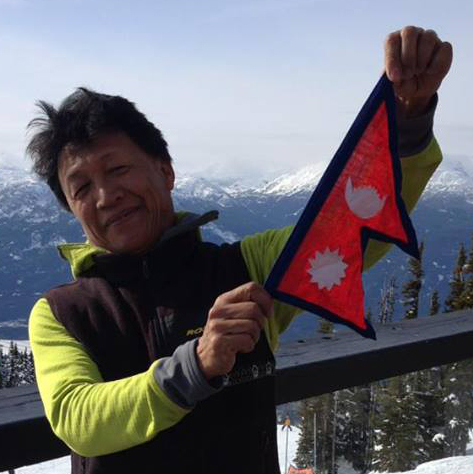 Ang Dorjee Sherpa, Pasang Lhamu Sherpa’s oldest brother, grew up in the heart of the Everest region of Nepal and began working with his father when he was 14 years old, leading international trekking groups on mountain climbing expeditions in Nepal, Afghanistan and throughout the Himalayas. He was one of the staff members of the “Man Who Skied Down Everest” expedition in 1970, which became a documentary with the same name about a Japanese alpinist who skied down Mount Everest. The film won the Academy Award for Best Documentary Feature in 1975.

In 2010, he became a certified member of the National Ski Patrol and volunteers at Soda Springs Resort at Lake Tahoe, California.

He works for Blum Capital Partners, L.P. and serves as an assistant to Richard Blum who is the Chairman and Founder of the American Himalayan Foundation.