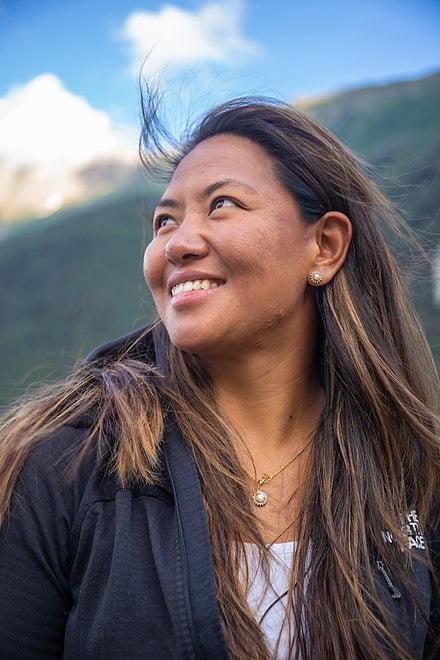 We are so excited & honored to confirm that celebrated Nepali mountaineer Dawa Yangzum Sherpa, one of the world’s most elite climbers and the very embodiment of the legacy begun by Pasang Lhamu Sherpa, will be attending the world premiere of PASANG: In the Shadow of Everest at the upcoming Santa Barbara International Film Festival on Thursday 3/3, at 5:40 PM, at the Metro 4 Theater.

“In the summer of 2014, Dawa Yangzum and her climbing partners, Pasang Lhamu Sherpa Akita (a 2016 National Geographic Adventurer of the Year) and guide Maya Sherpa, aimed to be the first all-female team from Nepal to reach the summit.”  – Outside: Smashing Glass Ceilings

“Sherpa has climbed four peaks above 8,000m in a single season, including Mt Annapurna I, without using supplementary oxygen. Her successful climbs also include K2 and Everest.  She has also been featured in The National Geographic, Rock and Ice, Outside, and publications in Europe and Asia.” – The Himalayan Times – “After North Face, Dawa Yanzum Is Rolex Ambassador”