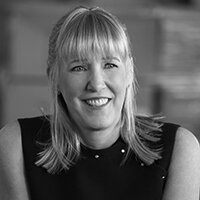 Sonja Hoel Perkins has been investing “in people and companies that matter” for over 30 years. Considered one of the best performing and most senior technology-focused venture capitalists, she has invested in several startups that have achieved multi billion dollar valuations. Her investment “hall of fame” includes McAfee Associates, The RealReal, F5, Acme Packet, 128 Technology and Q1 Labs. Worth Magazine has ranked Sonja among the “100 Most Powerful People in Finance in the World”.

Sonja began her career in venture capital in early 1989 when she joined TA Associates as an Investment Analyst. She then joined Symantec in Business Development and joined Menlo Ventures in 1994. At the age of 29 years old, she became the youngest General Partner in the firm’s history. Sonja has won the Menlo Ventures “Investor of the Year Award” six times. Sonja has invested in over 60 companies throughout her career. Selected investments include Autumn Adeigbo, Bitsight, Ellevest, Gridgain, Hint Water, Ketos, Minted, Owlet, Rocksbox, Tempered Networks, The RealReal and UrbanSitter. Sonja currently serves on the board of Mercy BioAnalytics.

Sonja is featured in Alpha Girls, by Julian Guthrie, along with fellow Broadway Angels Magdalena Yesil, Theresia Gouw and MJ Elmore. The book, about “The Women Upstarts Who Took on Silicon Valley’s Male Culture and Made the Deals of a Lifetime” will soon become a television series.

Sonja graduated, with Distinction, from the University of Virginia and received her MBA from the Harvard Business School.