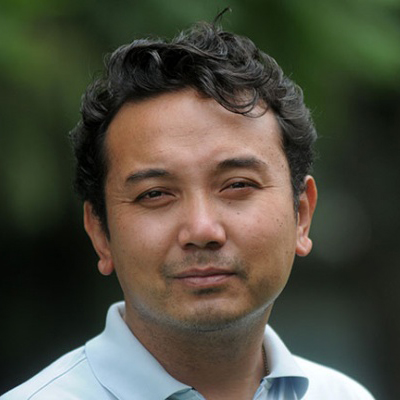 Tsering Rhitar Sherpa was born in Nepal. After completing his Bachelor’s degree at Delhi University, he studied filmmaking at theJamia Millia Islamia in Delhi from 1992 to 1993.

He made various documentary films, including “Tears of Torture” in 1994, a 27 minute documentary about a Tibetan nun traveling through the Himalayan mountain passes to escape Tibet.

Tsering Rhitar Sherpa’s first feature film was “Mukundo: Mask of Desire,” in 2000. The screenplay arose from a newspaper article about a traditional woman healer who had killed a female a woman patient during her healing. “Mukundo is, in the filmmaker’s own words, ‘an expression and exploration of confusion caused by rituals and beliefs prevalent in the Nepali society.’ In 2000 “Mukundo: Mask of Desire” was selected by the OSCAR committee in Nepal to represent Nepal in the “Best Foreign Film” category.